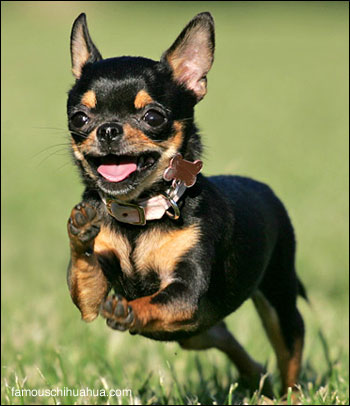 tinkerbell sprints happily through the grass to mommy

tinkerbell and paris hilton are two celebrity chihuahuas adopted at a very young age. we are happy to introduce you to these two little angels.

tinkerbell was privately adopted was born in october 2007. at the time of her adoption she was loaded with parasites and seriously malnourished. after many weeks of nursing her back to health, little tinkerbell quickly showed the world that she was a chihuahua starlet and model prodigy in the making.

with 2 calendars, a painted mural of her at a local mall, and some serious camera time on the national geographic channel under her belt, tinkerbell the chihuahua is on her way to super stardom.

tinkerbell loves fresh veggies, tearing up tissue paper, annoying her big sister paris, having play dates with other pups and cruising down los angeles infamous celeb-crazed robertson blvd. looking for human petting machines to be fawned over by.

what makes her especially unique is the fact that she came back from a rough start in life and she didn’t give up on herself where today she is the sweetest, most gentle and loving chihuahua. 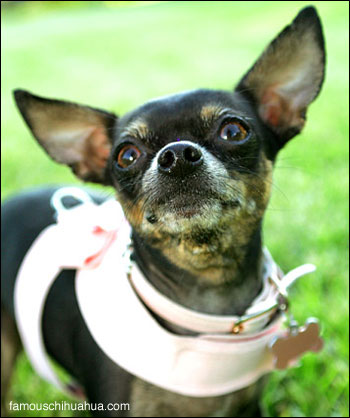 paris hilton was born on september 13th, 2004 and later adopted by her mommy at 9 months old. little paris is very confident and a total socialite. there isn’t a person she meets that she doesn’t like. she is a big fan of sharing kisses and is the proud winner of last year’s best kissing contest at a valentines party last year.

little paris loves to paw-ty. her second birthday party was a huge mexican themed celebration filled with treat-filled pinatas, a peanut butter birthday cake and margarita’s for all her homies. her favorite thing to do are her daily patrols on robertson blvd.

paris dislikes bath time, sprinklers, noisy motorcycles and having to ride in her car seat. she attends all high-profile pet events, walks the red carpet and is the ambassador of mommy’s los angeles chihuahua meetup club, which promotes sensible chihuahua ownership. 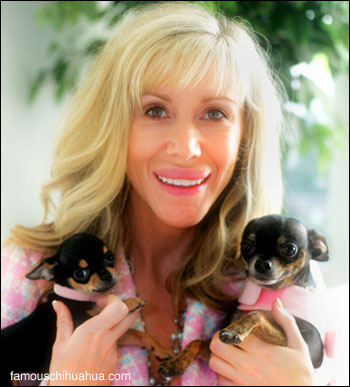 minx and her beautiful chi babies, tinkerbell and paris