papi is back, and he’s ready to party in “beverly hills chihuahua 3: viva la fiesta!” it’s the ultimate celebration of friendship and family overflowing with laughter, love and excitement!

END_OF_DOCUMENT_TOKEN_TO_BE_REPLACED

clearly, this movie was made for children and not adults!

kudos to disney! …beverly hills chihuahua is the best talking animal movie ever made! 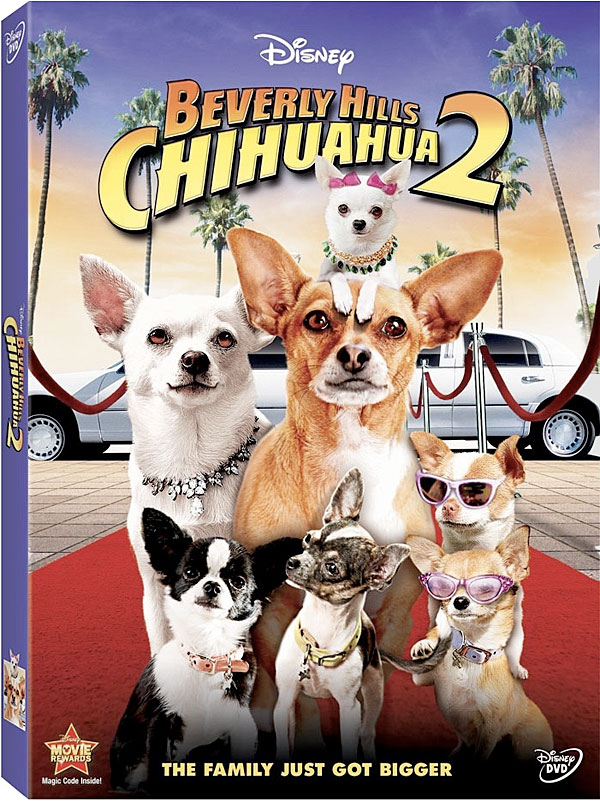 famous chihuahua is happy to announce that everybody’s favorite talking chihuahuas are back on on dvd this february 1st in beverly hills chihuahua 2, a comedy that’s a pack of outrageous fun for the whole family and chihuahua lovers everywhere!

puppy mayhem turns the lives of newlywed chihuahua parents, papi and chloe upside down. there’s no greater challenge than a litter of rambunctious, mischievous puppies, but when human owners end up in trouble, the little pups will stop at nothing to save their family. papi, chloe and the puppies embark on a heroic adventure and prove that big heroes come in small packages.

featuring an all-star cast including george lopez (papi) and complete with a litter of bonus features, this heartwarming tale of the meaning of family, friendship and loyalty is a special breed of disney fun – times five. now available on dvd and blue ray.

have you seen the internet’s most famous talking chihuahua?

END_OF_DOCUMENT_TOKEN_TO_BE_REPLACED 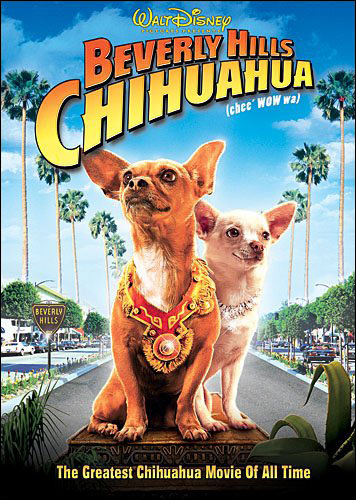 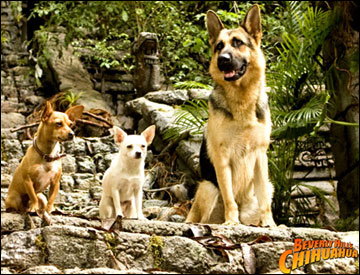 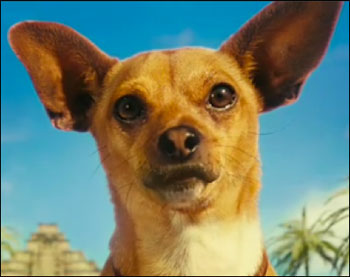 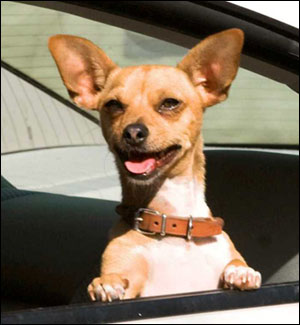 END_OF_DOCUMENT_TOKEN_TO_BE_REPLACED

for the second week in a row, disney’s film beverly hills chihuahua topped box offices taking in an estimated 17.5 million dollars, making it the first film since august to take the no. 1. spot at the box office for two weeks in a row.

it is evident that movie goers are loving talking chihuahuas and that people are coming to love and respect the chihuahua breed in a whole new way.

famouschihuahua.com respectfully asks it readers that if after seeing this film you decide the chihuahua is the right dog for you, that you do your research on the chihuahua breed first.

even though chihuahuas may seem like the most adorable and portable pet, there are several characteristics and traits about the breed that can not be overlooked, specifically their compatibility with small children, their desire to be territorial (over-protective) and their very delicate physical make-up.

if you still feel the chihuahua is the right dog for you, then we recommend that you adopt or rescue a chihuahua.

did you know that papi, the star of beverly hills chihuahua was a rescued by the movie’s filmmakers the day before he was scheduled to be euthanized?

END_OF_DOCUMENT_TOKEN_TO_BE_REPLACED 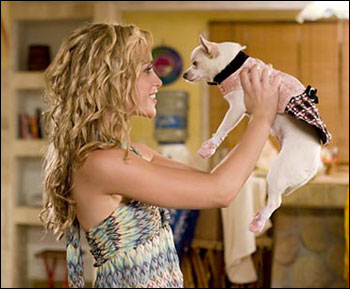 END_OF_DOCUMENT_TOKEN_TO_BE_REPLACED

This error message is only visible to WordPress admins

Please go to the Instagram Feed settings page to create a feed.