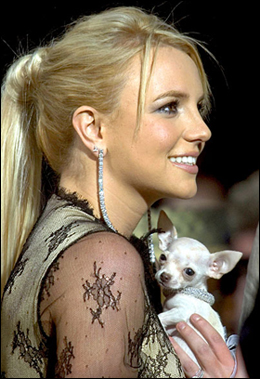 Hollywood celebrities with chihuahuas has made the chihuahua breed one of the most popular small breed dogs in the world. With so many new people clamoring for one of these adorable pups a wide open market for dishonest chihuahua breeders who run puppy mills. Puppy mills are the number one supplier of pet store across the country. The breeding practices of puppy mills are nothing short of abhorrent. Females are bred literally to death, and pups are forced to live in despicable conditions.

These terrible people who call themselves chihuahua breeders are known for their cruelty to animals, which makes it that much more important to fight them. By refusing to purchase a dog from a pet store, animal lovers can help to do their part in the fight to put puppy mills out of business. Doing so will not only save you thousands of dollars in unexpected vet bills, but will also spare you from the heartache that comes when what you thought was a healthy puppy dies from maltreatment in the pet stores.

Celebrities throughout Hollywood have made the chihuahua one of the most popular small breed dogs in the world. Unfortunately, this has led to a rise of unscrupulous chihuahua breeders who run terrible breeding centers known as puppy mills. These puppy mills are churning out hundreds of pups each and every year, and then turning around and selling them to pet stores across the country.

Many pet store owners are unaware of the terrible conditions in which the dogs raised by one of these chihuahua breeders are kept. The majority of pet store owners actually think that they are buying from a respectable chihuahua breeder, never knowing that they are actually helping the puppy mills to stay in business. The truth of the matter is that a respectable chihuahua breeder would never sell a single pup to a pet store. Preferring instead to thoroughly research anyone who requests a pup, in order to make certain that their pups are going to good homes.

The puppy mills that supply pet stores around the country breed their dogs in horrible conditions. Often a chihuahua breeder that runs one of these mills will breed the same female every single time she comes into season. This is dangerous because a chihuahua is so small to begin with, that each pregnancy deteriorates their body quite a bit. By not allowing a season or two to pass in between litters, you wind up with very sick females – and consequently, sick puppies.

Worse yet is the fact that a dishonest chihuahua breeder will not take each litter of pups to a quality vet to receive the proper medical attention that small breed puppies need. By the time the pups reach the pet store they can be quite sick and often dying. Many an unsuspecting would-be owner has found himself or herself with a brand new puppy that costs them thousands of dollars in veterinarian bills, only to die shortly thereafter.

When you make the decision to only purchase chihuahua puppies from a respected Chihuahua breeder you can rest assured that you are doing your part to help put these puppy mills out of business. With every puppy that is purchased from a pet store, another puppy mill makes a profit and continues their cycle of cruelty to animals. Even pet shop owners who claim to only buy pets from respectable breeders need to realize that a real chihuahua breeder would never sell a pup to a pet store.

Join the battle against puppy mills by only getting your dog from a respected chihuahua breeder. You can easily get a recommendation from any vet on his or her opinion as to breeders who treat their animals well and get them the medical attention they deserve. By refusing to purchase a chihuahua puppy from a pet store you can save yourself both thousands of dollars in unexpected vet bills, as well as the terrible heartbreak that comes from watching a sick puppy die.