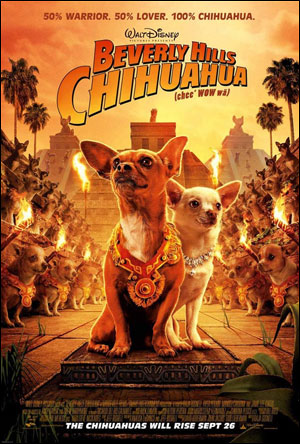 storyline: a pampered beverly hills chihuahua named chloe (voice of drew barrymore) finds herself accidentally lost in the mean streets of mexico without a day spa or rodeo drive boutique anywhere in sight.

now alone for the first time in her spoiled life, she must rely on some unexpected new friends including a street-hardened german shepherd named delgado (voice of andy garcia) and an amorous pup named papi (voice of george lopez) to lend her a paw and help her to find her inner strength on their incredible journey back home.