howie mandel is at war with his wife’s chihuahua lola! can cesar help to ease the tension?

dog whisperer with cesar millan is returning to national geographic channel this friday!

the season premiere will be a great start to a whole new season filled with a group of adorable canine friends and their owners in need of cesar’s help. in the season premiere episode, howie mandel turns to cesar for help with his wife’s chihuahua, lola

howie mandel may be a beloved comic and television personality, but his wife’s chihuahua lola is not a fan. in fact, every time howie is around lola she tries to attack him. if howie could have it his way, he would never go near the dog at all. his ocd (obsessive compulsive disorder) makes him content to love animals from a good, comfortable distance. no need to touch them. he does however want to be close to his wife terry, but lola won’t let howie anywhere in sight of her. before howie gives up and declares this doggy dilemma a “no deal,” he calls for backup.

enter cesar millan, the dog whisperer – winner of the 2010 people’s choice award for favorite animal show. when good dogs go bad – and lola’s gone bad – cesar steps in to save the day. no dog is too much for cesar to handle. cesar rehabilitates dogs and trains people.

find out how cesar helps howie and terry deal with little lola when the new season premieres this friday, october 8th at 8 pm et/pt. the premiere is timed to the release of cesar’s new book, cesar’s rules: your way to train a well-behaved dog, on sale tuesday, october 5. 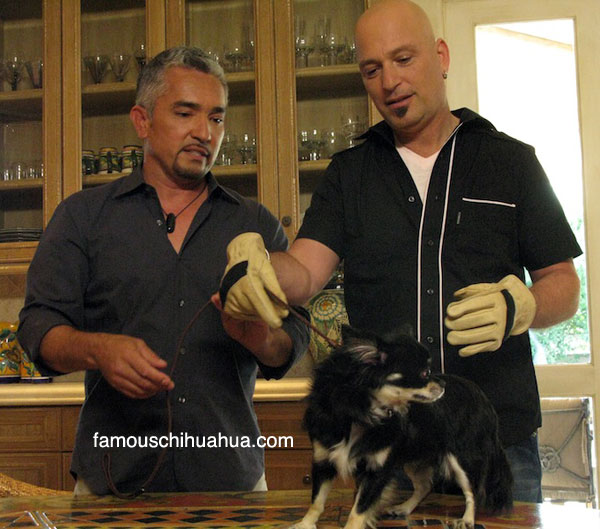