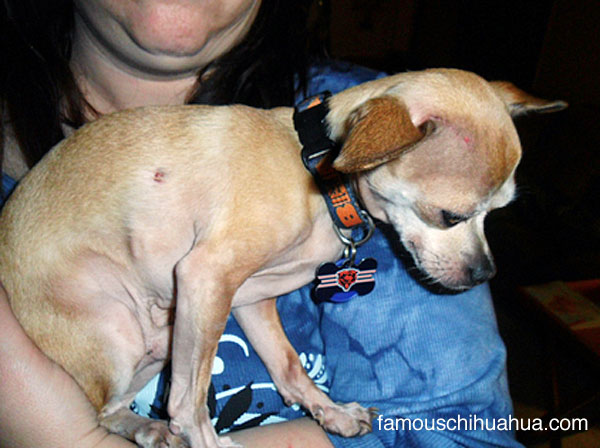 it’s a dog owner’s worst nightmare come true. a huge bird appears out of nowhere and swoops up their pet never to be seen again. this story will open your eyes and allow you to see why the proper outdoor dog clothing can actually prevent the worst case scenario.

… the amazing story of chico the chihuahua

a four-pound chihuahua named chico survived an attack by a great horned owl. the owner george kalomiris says chico was saved by his leash and the little doggie winter jacket that kalomiris zipped him into before taking him out for a nighttime walk in crystal lake last week.

kalomiris was walking chico early last wednesday when the dog stopped about five feet behind him and began to whimper. he turned and tugged on the leash, but chico wouldn’t move. without a sound, an owl swooped down and tried to take chico away.

apparently, the owl just came out of nowhere in the darkness. it dragged chico in the snow, but couldn’t get a good grip because of the sturdy winter jacket chico was wearing. 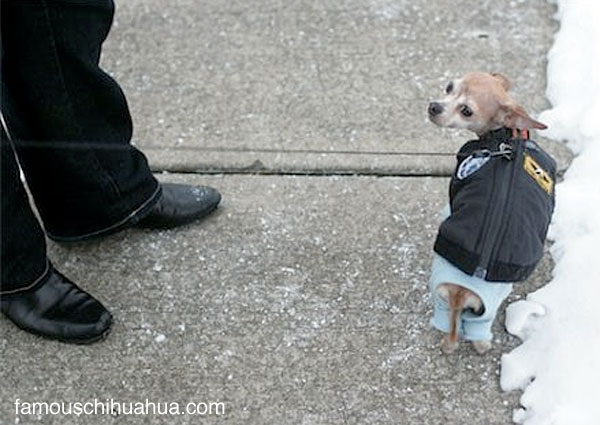 chico’s winter jacket ended up saving saved him because it prevented the owl’s talons from digging in deeply enough to latch onto him. kalomiris then screamed at the bird and lunged at it. the owl let go and  kalomiris grabbed chico and ran into the house with chico in his arms.

chico’s head was scratched from getting dragged across the sidewalk and suffered a small puncture wound on his side. he has recovered physically, but now he’s afraid to go out at night, says Kalomiris.