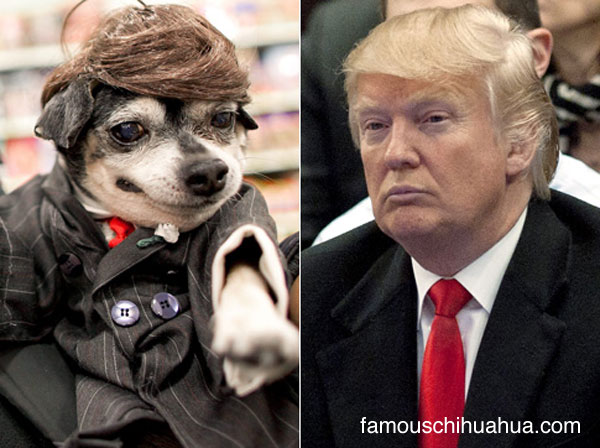 it doesn’t get any funnier than this in the chihuahua clothing universe of outright silly, but simply adorable! bandit the chihuahua trumps a pose for the camera dressed as american business magnate, socialite, author and television personality donald trump. here is bandit’s story …

a chihuahua named bandit rubio was gussied up like donald trump and took top honors at the grand opening event at noho’s banfield pet hospital.

“who doesn’t know the donald,” said bronx native anthony rubio, whose pup was top dog. “i put him through a lot.”

dressed in a custom-made grey pinstripe suit with a red tie and dark brown toupee, bandit took to the floor as his owner used trump’s catchphrase “you’re fired” to intimidate judges. 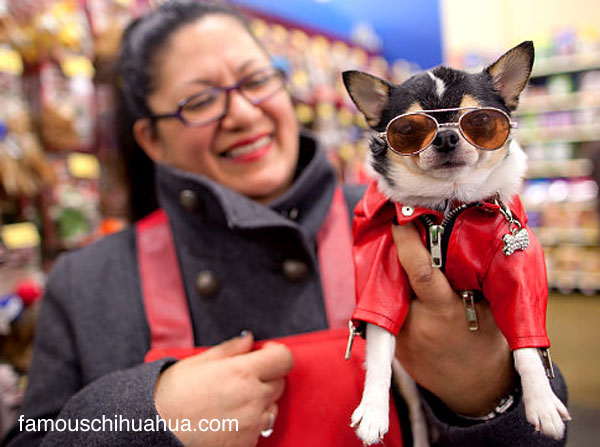 “we’re big fans of the 80s,” nieves said, holding the pooch decked out in sunglasses and a mini red jacket from the “thriller” video.

for the story in full, visit nydailynews.com/ny_local/2011/01/29/2011-01-29_chihuahua_named_bandit_rubio_wins_pet_lookalike_contest_dressed_as_donald_trump.html