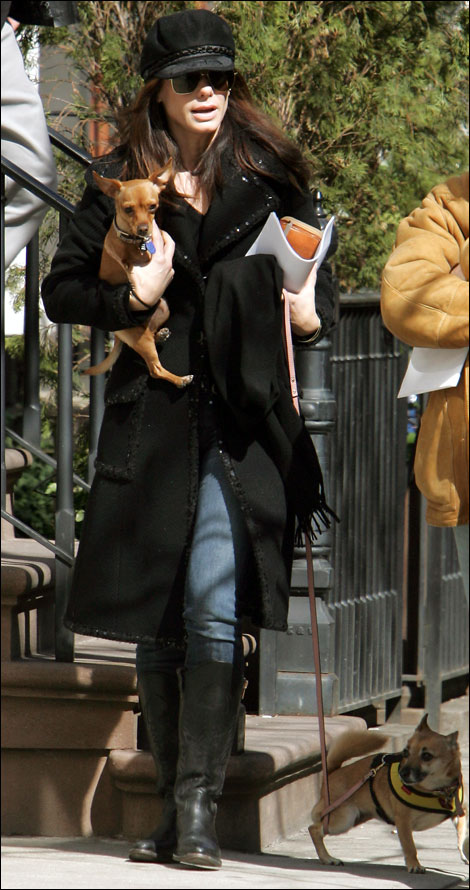 superstar sandra bullock adopted a chihuahua with only two legs. that’s right, sandra bullock is mom to little ruby, an adorable two-legged chihuahua she rescued from a shelter in long beach several years ago.

“she’s got the best posture. she goes up the stairs only we haven’t taught her how to go down yet – that’s sort of like face plant central, and you don’t wanna laugh. she just gets so excited; she takes off,” she added.

bullock also admits that little ruby has most certainly brightened up her life and that, “any dog that is missing something is welcome in our house,” she said of her texas home, of which she and her husband, motorcycle man Jesse James, share with his dogs also.

“if we can’t handle them, we find them a home, but they seem to find us.”

speaking to reporters recently backstage after the golden globe awards, bullock also said that her dogs go everywhere they go, after all, who’s going to walk a two-legged dog?

sandra and husband also adopted a three-legged chihuahua-pomeranian named poppy from the same shelter that ruby was rescued from.