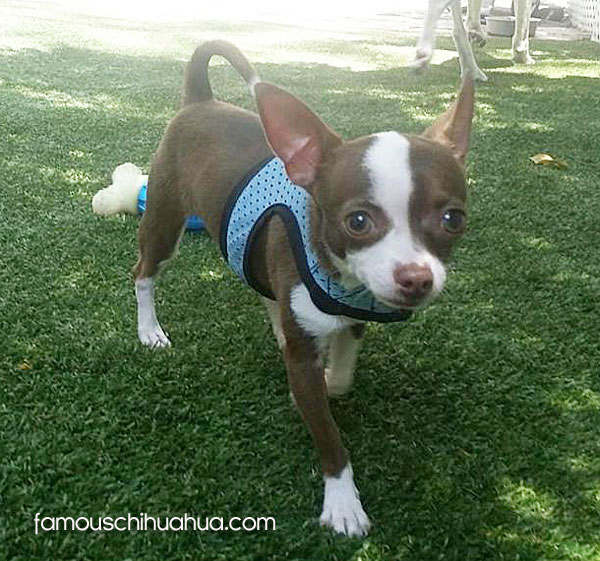 little bacon lives with his mommy alana ligurgomy, her fiancee and their cat donut in new york city.  you would think that the big city would be intimidating for a tiny three pound apple head chihuahua, but the opposite couldn’t be more true!

at only year and three months old, bacon craves the city streets due to the fact that he adores people, cuddling and most of all, he loves the attention!  living in new york city lends itself to a certain, “I’ve seen it all” mentality …  that is until you walk down the street with bacon! 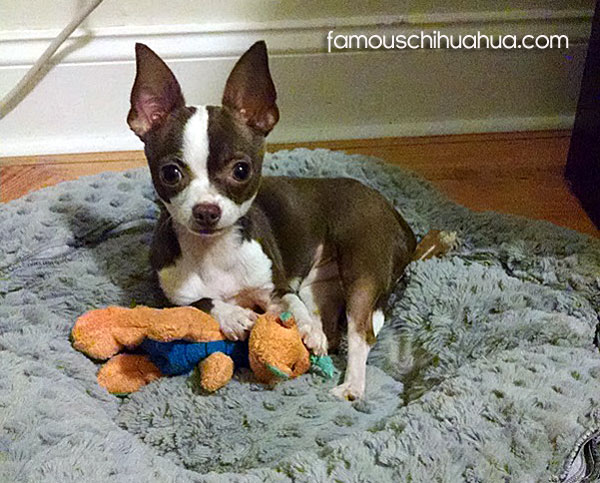 most of the upper east side knows bacon by name and those who don’t are immediately drawn to him.  everybody loves Bacon!  could it be his size?  his perfect proportions and markings?  his calm demeanor or his confidence?  his character or just his loving attitude towards people? 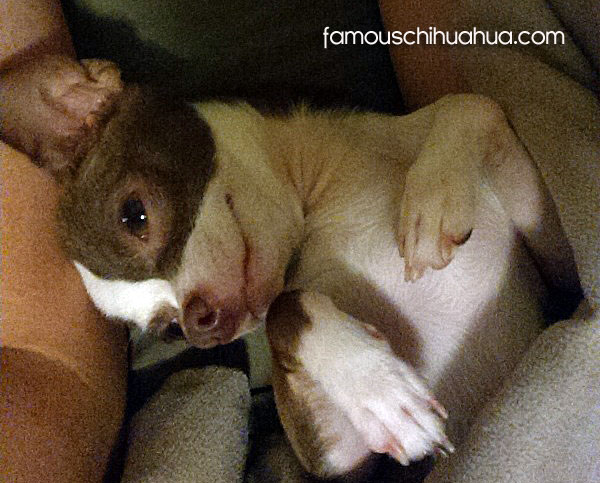 whatever it is, he is without a doubt a rising chihuahua celebrity in the city of new york and his mommy feels blessed to have him and simply couldn’t imagine life without him.

congratulations alana, your little superstar bacon is a famous chihuahua!

is your chihuahua cute and famous in your eyes?  click here to send us their picture!