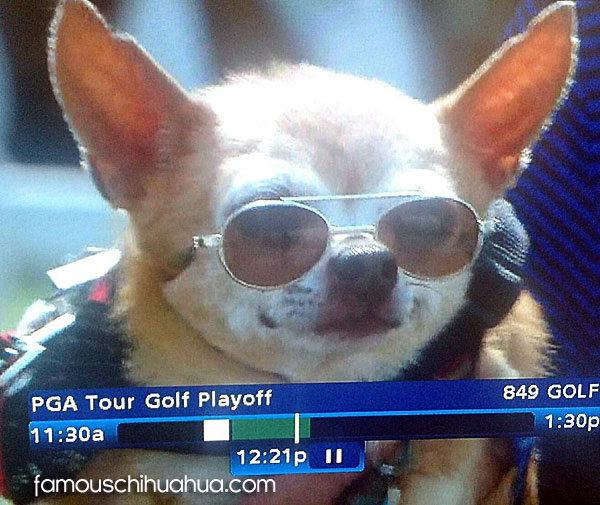 check it out!  cheech with celebrity gold pros!  super pup! 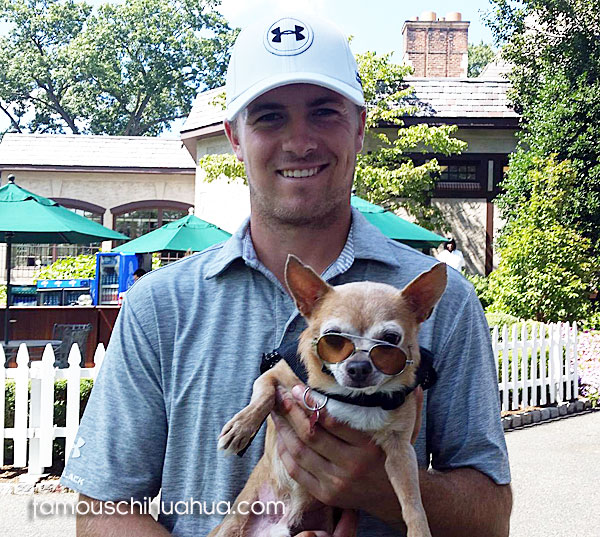 cheech is a famous 8 year old rescue chihuahua from sea girt, new jersey that was trained to be a therapy dog.  as a golf pup, his rise to fame came by making regular appearances on the PGA and LPGA golf tours and on the golf channel.  way to “putt” your way to stardom cheech! 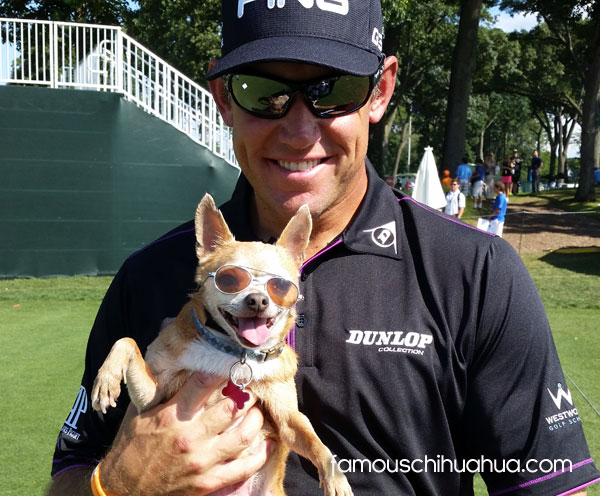 cheech also likes to surf, but his biggest contribution is spending time with children receiving chemotherapy treatment in hospitals on the east coast.  the world loves you cheech!

are you a proud chihuahua owner?  submit your chihuahua photo!