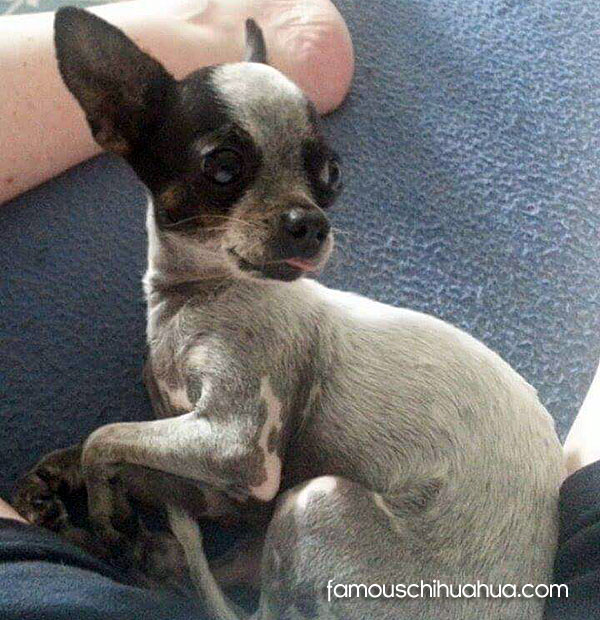 this is kane’s amazing rescue story told by his mommy, jina culleton of nanaimo, british columbia.

at 3 months of age, he was adopted by a young girl.  2 months later he became ill with pancreatitis, (among other illnesses) and he almost died.  he was brought back to me as all the tests the vet had done came back negative and somehow he was still failing.

i  hand fed him again every hour to help him gain his strength back as he couldn’t stand without wobbling and falling over and then we decided to take him to a specialist in vancouver for an mri and ct scan.  turns out he had a small hole in the back of his skull near his spine and is far sighted.  he was malnourished and starving 🙁  the specialist said that if i didn’t feed him the way i was, kane would not have survived.

today, at a happy and healthy 3 yrs old, kane is is thriving and loving life as a chihuahua!”