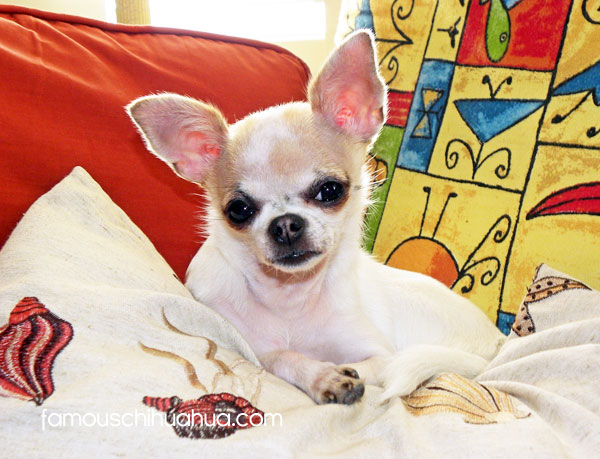 my name is regan macaulay and this is my chihuahua raxl! raxl turns 3 on october 8th and i just love her to bits and pieces! my husband took this fabulous picture of her. isn’t she lovely?

raxl has a wardrobe full of cute girl chihuahua clothes, about 40-50 outfits! most of them are handmade by her “grammie.” her name comes from an old canadian television series called “strange paradise” (an occult / supernatural soap opera, 195 episodes, initially launched in the united states on september 8, 1969 and later broadcast on cbc from october 20, 1969 to July 22, 1970). one of the main characters, the housekeeper and voodoo priestess, was called raxl.

we live in toronto, canada, where i am currently working on a graphic novel inspired by raxl and her “boyfriend” alfie (a maltipoo), as well as a couple other dogs (tubby, a morkie and ollie, a coton). the characters are mostly small dogs and raxl is one of the leads. raxl also lives with one feline brother (frodo) and a feline sister (sookie).