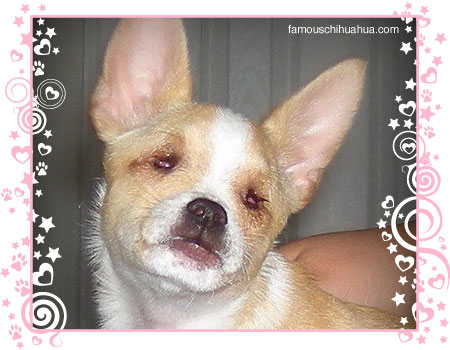 samson’s family feels that being blind has nothing to do with balance. a puppy born blind will take longer to learn to walk but will eventually learn to do so without wobbling. it is important to know that lots of praise, understanding and healthy “doggy” play can go a long way for pets with disabilities.

if your puppy suffers from any disability, feed them with love and consistent praise, and they will compensate and overcome. remember, you are the best “vet” for your pet. you live with them and understand their needs and challenges.

educate yourself, join support groups, search the internet for advice and encouragement. be patient and just love, love, love your furry friend. your pet will always be thankful to you for saving their life! visit blindpup.com for the daily chronicles of sampson the blind chihuahua. we love you sampson!