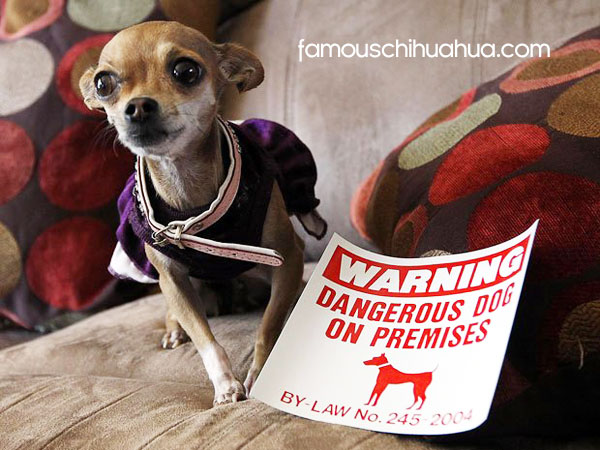 molly, a three-pound teacup chihuahua, has been handed a dangerous dog designation by the city of windsor, ontario in canada after allegedly biting a mail carrier on the ankle. this designation came with a host of conditions that included having to post “beware of dangerous dog” signs and stickers on the doors of her home and muzzling her if she is taken outside. she also had to have a microchip implanted that identifies her as a dangerous dog.

“I don’t even know if they have muzzles that size — I just think it’s kinda silly, to the extreme, especially when she has never bitten anyone before”, says Mitzie Scott, Molly’s co-owner.

“It’s a joke,” said jason Scott, molly’s other owner, adding that Molly is “the size of a shoe!”

what do you think? does molly really fall under the designation of dangerous dog?