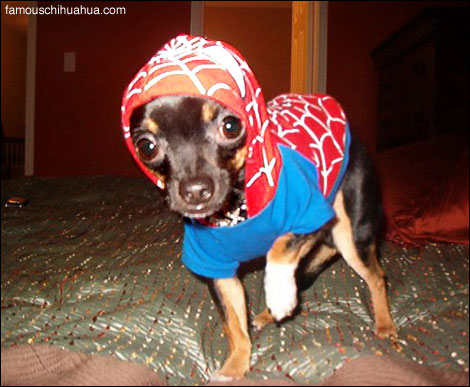 allow me to introduce you to my little superhero, jackson the chihuahua. jackson turns 4 on july 17 and weighs a mere 3.5 lbs. his favorite food is little cesar’s dog food and pretty much anything he can get his paws on.

jackson’s favorite toy is his little panda bear beanie baby that he sleeps and drools on every night. if jackson doesn’t get his way, he takes on a diva-like attitude and avoids making eye contact with mommy. he will deliberately turn his head in the other direction if i call his name.

jackson was a naughty chihuahua in dog obedience school in that he refused to be bribed with treats. he instead wanted to play with the other dogs and run his own schedule. 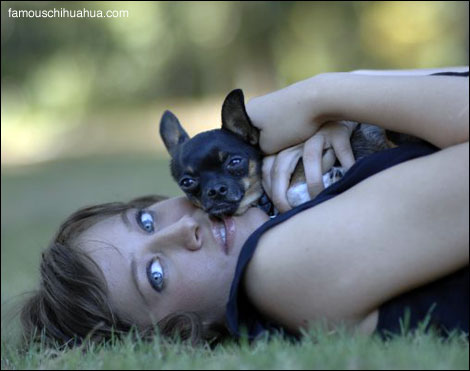 all naughtiness aside, little jackson is actually very outgoing and friendly. he can sit, stay and runs to his dog carrier when you say “in your house.” i simply couldn’t imagine not having jackson in my life. he is my best friend and i take him everywhere with me.