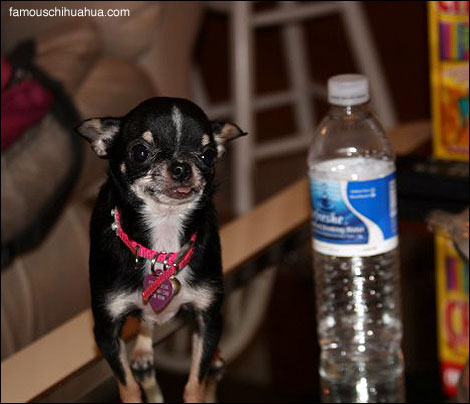 my name is gizelle morales and i would like to introduce the world to my teacup chihuahua princess. i believe my princess is the smallest dog in the world, weighing in at only 1.8 pounds. she is as big as a dollar bill and smaller than a bottled water.

little princess is a feisty 3 years old. she loves to go shopping and to give out pup kisses and tail wiggles. she does not bark. instead, she ‘quacks’ because her vocal cords are so tiny and even though she may be the smallest chihuahua in the world, she has a big attitude! if she see’s a big dog, she will play with them and shows no fear. 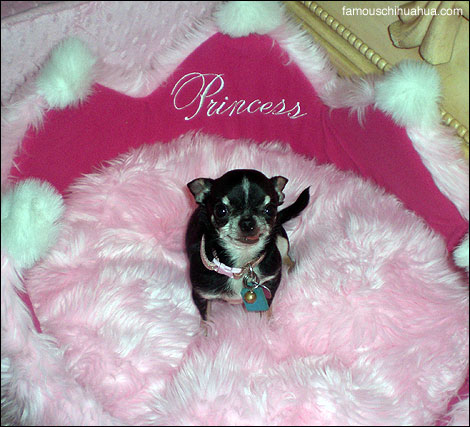 princess is a very affectionate chihuahua. she has a website with her sister jazmine the pomeranian called princess and jazmine. princess really is one of a kind. you just don’t see chihuahua’s this small everyday. her pictures show how tiny and girly she really is.

everywhere we go, whether it be the mall, the park, a cafe or to dog shops, we get stopped by people who want to hold, pet, or ask questions about her. in her world, i think she truly believes she is a famous chihuahua.