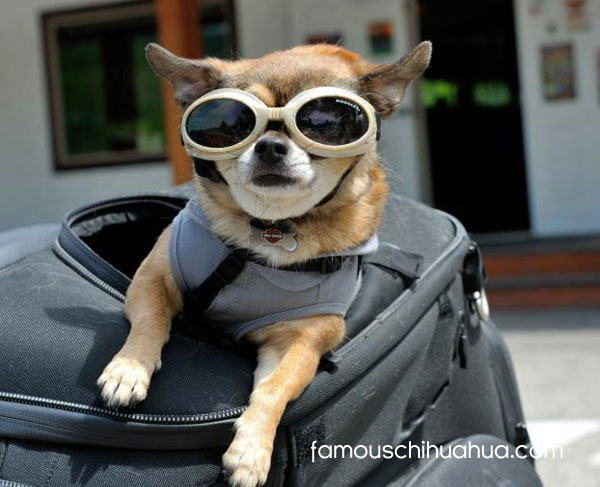 taco is 5 year old rescue chihuahua and making big waves in the world of biker dogs!  the heroic peter from kelowna, british columbia found taco one day dehydrated and injured in a ditch beside a market near his home.  he tried to find out who owned her, but was unsuccessful as she didn’t have a dog tag or a tattoo and there were no records of her ever being to a vet. 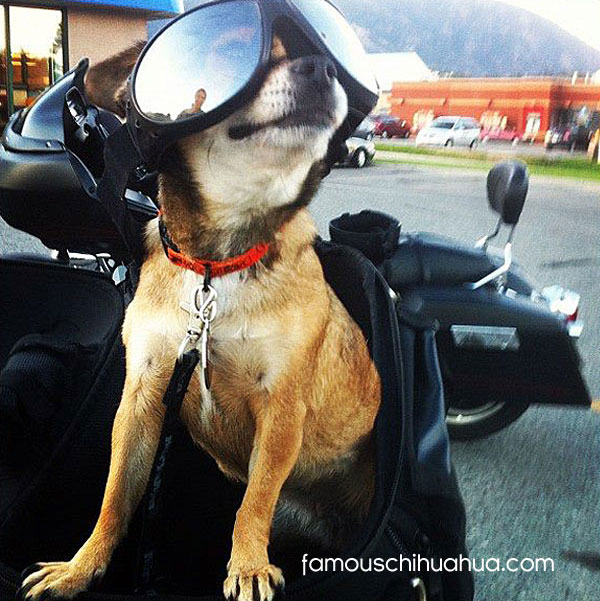 peter took her to a vet who informed him that taco had just had a litter of puppies a few months prior to him finding her.  he then made sure she was given all her necessary shots and had an umbilical hernia she was suffering from at the time taken care of.  the vet encouraged peter to take her into his care since no one had claimed her. 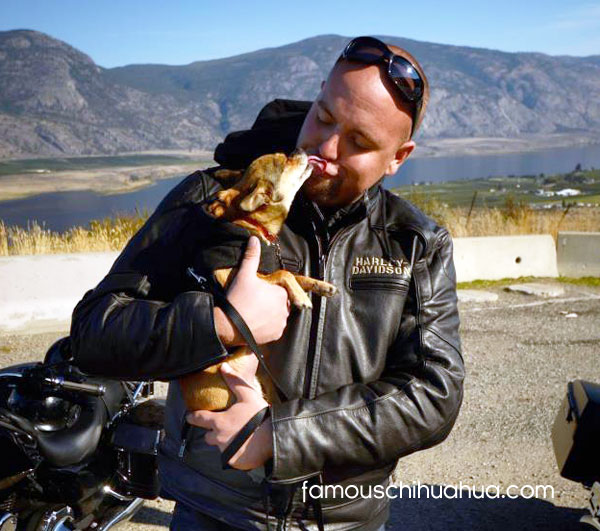 today peter and taco live a rocking life riding their motorcycle in the streets of kelowna, british columbia, canada.  taco is a fantastic companion who is very loyal and despite the challenging upbringing she had prior to being rescued, makes the best partner in crime peter could ever have.  she absolutely loves her motorcycle rides and is very loved.