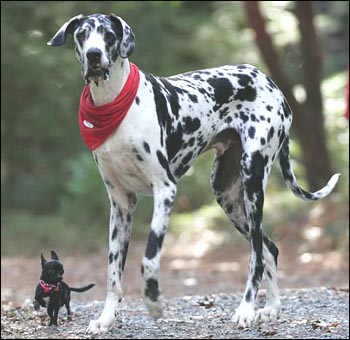 This has been learned due to the writings in Mayan, Toltec, and Aztec writings in tombs, temples, and pyramids. Also, remains of the small dogs were found in graves in both Mexico and the United States so this could back up the religious theory.

The dogs were found in the state of Chihuahua in 1850 in old ruins near Casas Grandes, and are thought to be the ruins of the palace built by Emperor Montezuma I. The relics and remains of the Techichi indicate that the breed was long haired and mute, very different from the modern Chihuahua. The Aztec wealthy and clergy thought the Techichi to be sacred while the lower class had little use for the dogs and sometimes used them as food.

When the explorers arrived in the New World it is believed the Techichi breed with a dog that was brought over and the result is the Chihuahua that we have today. The tiny modern day Chihuahua has gone through many changes and become very popular since their discovery.

The American Kennel Club first registered the Chihuahua as a breed in 1904 and then set the standards for the chihuahua breed. Color variations are limited only by the imagination. The smooth coated variety is still the most publicly recognized, but the long-coat variety has increased in numbers and popularity. Chihuahuas are a long lived breed, often achieving 16 or more years of age.