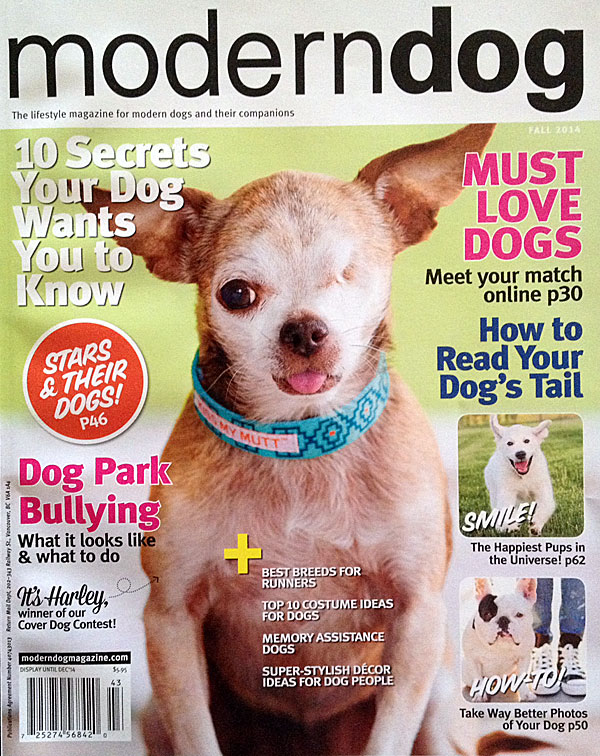 for those of you who don’t know of or remember harley, he’s quite popular in the world of famous chihauhua.  he was the winner of our 2011 christmas photo contest, then we featured his amazing story of how he became a spokesdog against puppy mills!  he has also been spotlighted on a number of occasions as a famous chihuahua favorite!

and now he’s hit the big time!  he’s the cover dog of the fall 2014 issue of modern dog magazine!  you just gotta pick it up because one day, … it’s gonna be worth millions! 😉