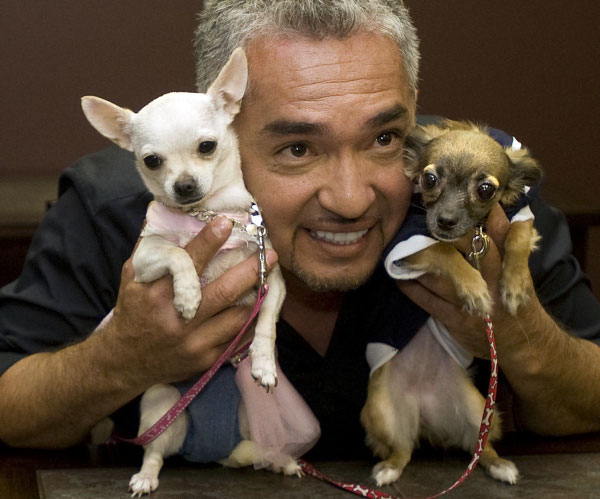 One of the most popular shows on TV right now is Cesar Millan’s The Dog Whisperer. Cesar has an uncanny ability to rehabilitate dogs from all backgrounds. His work with tougher breeds has been phenomenal and has given many dogs a second chance. Working with traditionally aggressive breeds like pit bulls and small protective dog breeds like chihuahuas has allowed Cesar to succeed with communicating and rehabilitating dogs in a matter of minutes.

Cesar’s show on National Geographic can be viewed through DirecTV, which you can learn more about at www.DirectstarTV.com, and through other media providers. His international appeal has provided him with great success outside of the United States as well.

Cesar’s tricks are nothing new to the dog training scene. His show is certainly one of a kind on television, but nothing surprising to dog trainers. Basically, he attempts to think like a dog. Since dogs are pack animals, it is necessary to establish an order of authority. Cesar makes himself the “Alpha-dog” through a series of touches, sounds, and intuitive body movements. Other dogs recognize him immediately as the pack leader. This inevitably gives him the edge on any dogs attempting to be overly aggressive with others in the pack. He simply makes a movement and the dogs’ threats subside.

Cesar has quite an entertaining personality. He works with the owners as much if not more than the dogs. In fact, the show should be the called “The People Whisperer” because the dogs often seem more intelligent than the owners. Some of the best episodes are owners of small breed dogs such as chihuahuas. In these episodes, the dogs act like they are the mortgage holders because their owners have no idea how to handle them.

Another element that makes the show funny is Cesar’s accent and blunt statements to the dog owners. While not being mean, he is direct. His directness certainly makes the show more interesting and dramatic as some folks are not used to frank language. When working with animals, Cesar recognizes the importance of sobriety and clear communication with both animals and humans.

Cesar speaks with so much authority that he seems to possess a PhD in canine psychology. If dogs were to rally together and choose one of their own to run for the President of the United States, they would certainly vote for Cesar Millan. Such a choice might not be a bad option if one has seen the show!