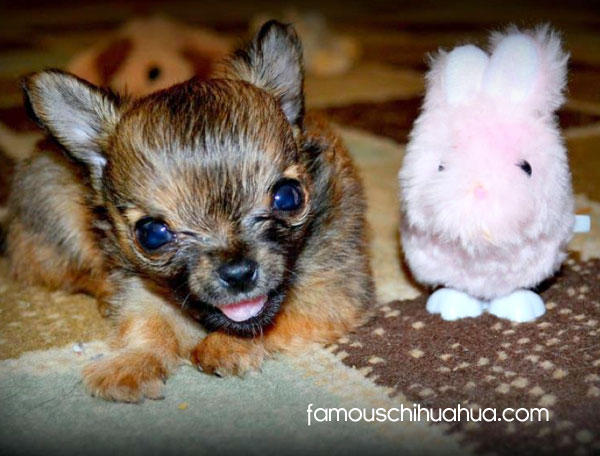 this is max’s miraculous story told by his rescue mama, sue rogers of the mia foundation.

little max was born with severe scoliosis and it was suggested that he be euthanized at birth.  his breeder couldn’t accept this after seeing how hard max was fighting to stay alive and so max came to live with us at The Mia Foundation.  When he arrived at only 6 weeks old, he could barely walk, but we exercised his little legs and attempted to straighten his spine several times a day.  low and behold, within a week he was not only walking, but running!

even though we continued max’s physical therapy, his spine proceeded to get noticeably worse as he grew and a new symptom occurred.  when people he didn’t know held him he would have a panic attack.  these panic episodes became so bad that he had to be rushed to the vet several times to be sedated and given oxygen.  the vet told us that it was possible that max could die from one of these episodes and we should consider euthanizing him. 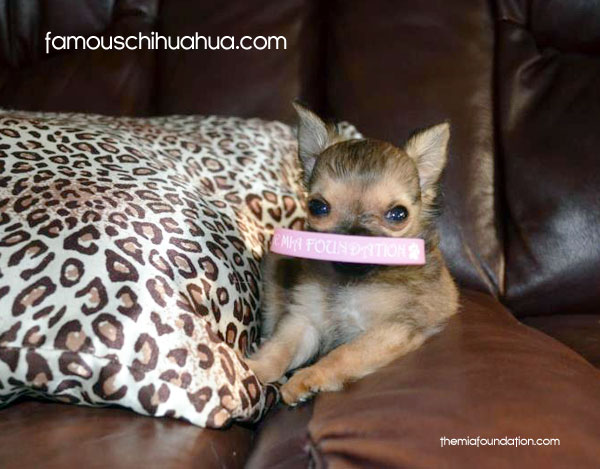 we decided to get our own oxygen tank for home so that we could treat him immediately when an attack came on.  as it turned out, the oxygen did wonders for max and he came out of an episode much sooner when the oxygen was administered at the first sign of an attack.

we decided to seek out the opinion of two veterinarian specialists in rochester, who informed us that max’s condition was terminal.  we also brought him to Cornell University to be examined and were told us his condition was fatal and his bones would eventually crush his internal organs.  not wanting to give up, we then proceeded to search country-wide for veterinarians. 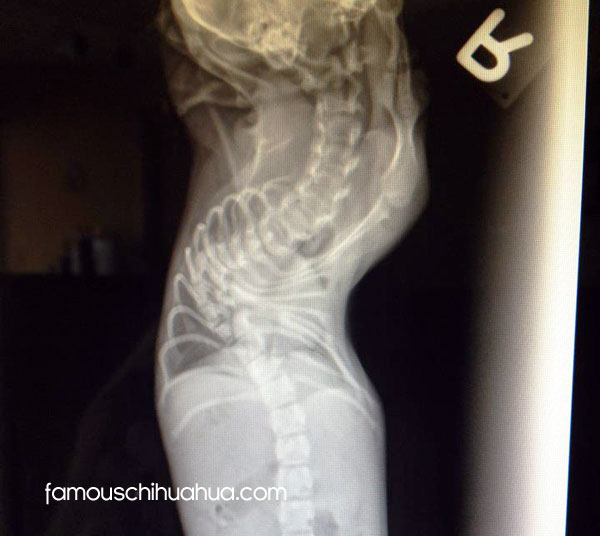 we saw a happy, healthy little chihuahua that just happened to have a curved spine, a darling puppy that deserved a fighting chance.  he could walk and run, wag his tail and play like any other puppy.  he never showed any signs that he was in pain so we continued to seek help.

we then found a vet in Philadelphia they specialized in birth defects and genetic disorders.  so we drove to pennsylvania and ended up spending the day there while they X-rayed max and ran tests on him.  we were so hopeful that we finally found help, but when they finished their examination, we were once again told that nothing could be done.

they said it was the worst case of scoliosis they had ever seen and that his condition was terminal and to consider euthanasia.  they also informed us that he only had one functioning lung and his ribs were severely deformed as well as his spine.  after we left, we promised max that we would never give up on him as long as he was happy and pain free. 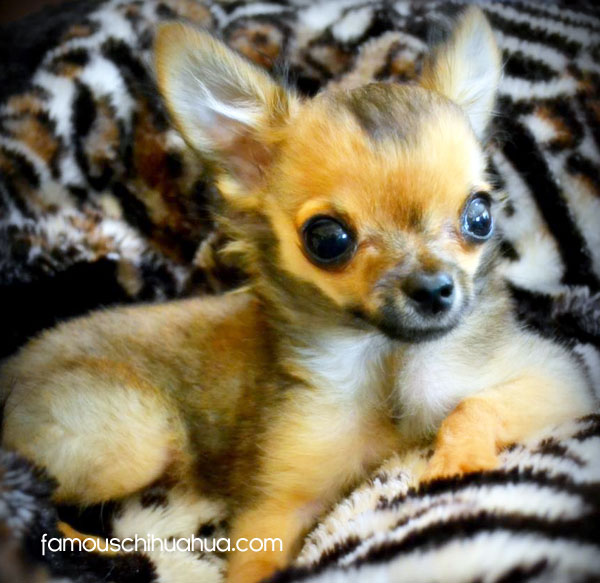 today little max is 6 months old.  we never hold him for fear of pushing on his lung and causing a panic attack, but we get plenty of cuddle time with him on the floor and in bed.  max and his oxygen tank go everywhere with us.  he must be monitored at all times, but the panic attacks have become less frequent because we are now aware of what causes them.

we have decided to let Max finish growing and see what happens.  he is a fun and loving little dog with a wonderful personality.  none of the vets he’s seen thought that he would live this long, yet he’s still here and doing very well.

we don’t know what the future holds, but we do know that euthanizing him was not an option.  if an animal is happy and isn’t suffering they deserve a chance at a happy life.  in return they will give you back unconditional love and this in itself makes it all worth it. 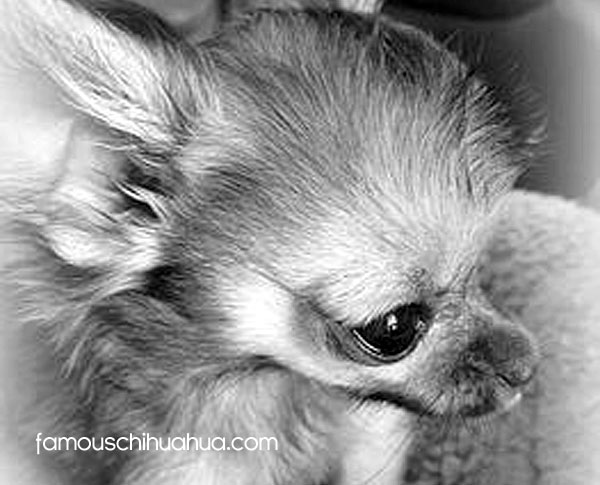 max was the first animal taken in by the mia foundation and he is the perfect example of what makes miracles.  our message to everyone who reads this is …

“if animals are born, they deserve a chance to live!”