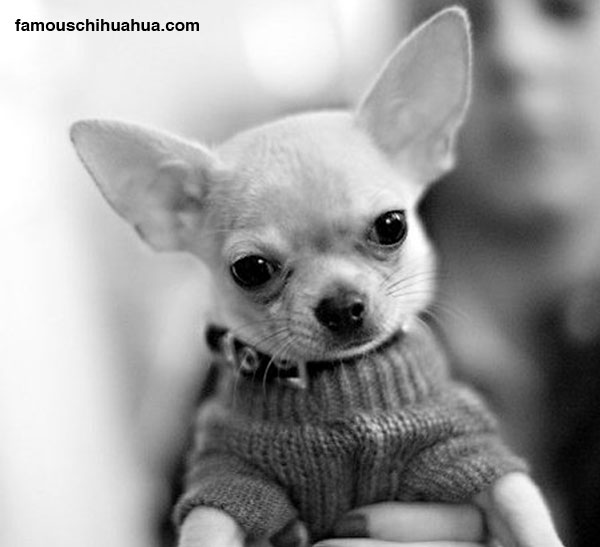 i am writing to you to tell about my gorgeous chihuahua puppy, tyson. he is 11 months old and will turn one on august 29th.

tyson puts his nose up to any sort of dog food and loves to eat canned tuna, chicken breast and cooked sausages. he loves treats and all human food! i received tyson for my birthday from a chihuahua breeder and it was the best present i could have ever wished for!

tyson sleeps in my bed with his head on the pillow and the blanket over him. i am often woken up by his loud chihuahua snoring and he always stays in bed longer than me! he barks at the birds in the garden and when taken on a walk barks at very big dogs, he has small man syndrome! most of the dogs don’t flinch!

he is the most lovable dog i have ever had and loves to cuddle and play with children, especially babies. he has a brilliant nature! any new person he meets he greets with a wagging tale and chihuahua kisses. if you say “kisses” to tyson, he immediately jumps up to lick your face. he also loves to play and carries around a little plush hedgehog and panda which is adorable! he also has a long caterpillar plush toy that we call his girlfriend, as he is always humping it!

tyson loves going in his pet carrier and will jump into it when he see’s it! he also loves dressing up in his little tracksuit and dog hoodies. we have another dog which is a girl jack russel who is 6 years old and they get along great! they are always playing, however since tyson came along, he has taken on the role of the man in the house and is the boss!

tyson is like a best friend to me. he comes everywhere with me and has the personality of a human. he has definitely enriched my life and is part of our family. we could never part with him.

in tyson’s picture above, his ears are so big compared to his little head that he makes dumbo jealous! it’s adorable!

do you have an adorable picture of your chihuahua you want to share with the world?