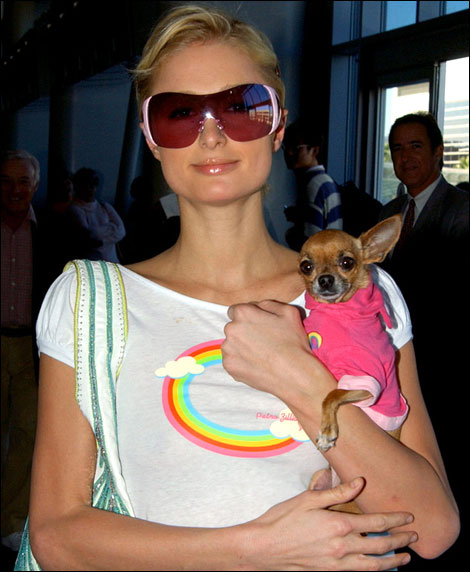 is the popularity of the celebrity favored chihuahua breed on it’s way out?

famous chihuahua® says absolutely not! chihuahuas will always be a popular pet among serious chihuahua owners. what makes it a crisis is that not too long ago chihuahuas were the popular choice for hollywood celebrity pets. people followed this trend and began purchasing chihuahuas on impulse rather than out of a genuine and sincere love for the breed.

today a crisis in california has evolved, where an excess of chihuahuas have been abandoned by their owners and left homeless for shelters. here are the details of this chihuahua celebrity story.

california has an excess of chihuahuas and hollywood is to blame.

there are so many chihuahuas at shelters in oakland, they have started shipping the dogs out of state, said megan webb, director of oakland animal services. they have sent about 100 to washington, oregon and arizona, she said, “and as soon as they get them, they are ready for new ones.”

chihuahuas make up 30 percent or more of the dog populations at many california shelters. and experts say pop culture is to blame, with fans imitating chihuahua-toting celebrities like paris hilton and miley cyrus, then abandoning the dogs.

“we never have enough supply for the huge consumer demand for small dogs,” she said.

one of webb’s biggest problems is a lack of money to fly the dogs to other states. buchwald said she would be happy to help.

“nothing is outside the realm of possibility here. we have a supply-demand issue,” she said.

chihuahuas are the most popular breed of dog in los angeles, so it makes sense it is the most abandoned breed, said madeline bernstein, president of the society for the prevention of cruelty to animals los angeles. in oakland, some days, they get 10 of the 5-pound dogs a day, webb said.

the problem is so bad that shelters all over california that were built for big dogs had to remodel to accommodate the little guys.

among the reasons for the glut is the breed’s popularity in movies like “beverly hills chihuahua” and as celebrity pets, said dave frangipane, senior coordinator for chihuahua rescue of beverly hills. a cute puppy can grow up to have adult health problems or become protective and aggressive.

there are less glamorous reasons, too, like the high vet bills chihuahuas can bring. and the biggest spikes in california chihuahua populations are probably due to puppy mills and backyard breeders, buchwald and frangipane said.

chihuahuas are cute, but vulnerable, frangipane said. “people think nothing of kicking a small, yappy dog. and they can be abused by people of all sizes. a toddler can snap a chihuahua’s leg in a second,” he said.