famous chihuahua® would like to applaud the good folk at the noble family animal care and adoption center at the mpsca, one of several open admission adoption centers operated by the animal welfare organization that never turn away animals in need.

in late february, three tiny chihuahua puppies born without their front legs were left homeless after their owner passed away. it was the caring staff at the mpsca who came to their rescue. here is their heart warming story.

some chihuahuas get to hang on the arm of paris hilton and other chihuahuas front for taco bell, but three puppies from lawrence have had it rough during their short lives, left homeless by the death of their owner – and left hobbled since being born without front legs. 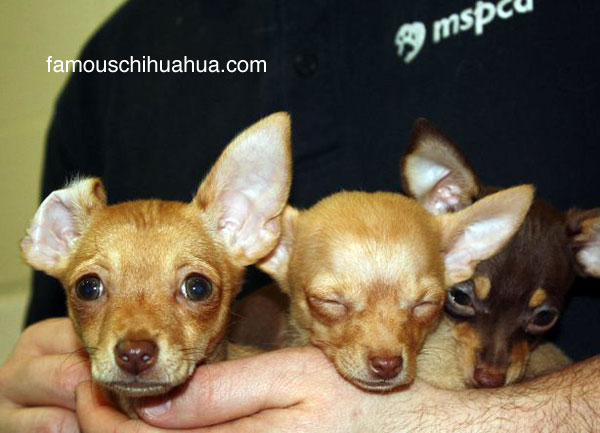 “this is a condition that we rarely see,” said mspca spokesman brian adams, “even more rare is to see it occur in so many puppies from the same litter.”

the 10-week old chihuahuas, kensi, hetty, and g, were brought to the mspca at nevins farm in methuen on feb. 22 and have been in foster care.

keeping up with the other dogs has been no easy feat for the tiny chihuahua teacup pups as they work to strengthen their abs and graduate to the use of wheeled carts. 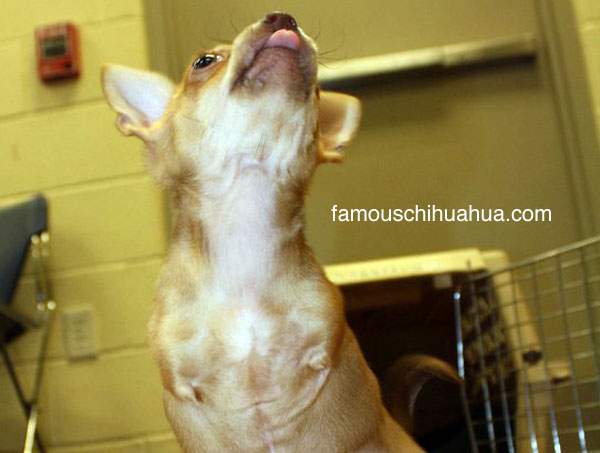 “these animals have amazed us with how much they can accomplish on their own,” said adams. “they don’t know they’re missing those front legs, so they have adapted and overcome the hurdles in front of them.”

“they learn behaviors, but also to interact and socialize with other young animals of the same mindset,” adams said. such disabilities can occur when animals are overbred, adams said, but they can be overcome.

“many animals do fantastic with front or rear wheel carts,” adams said. “they have fantastic outlooks, remain consistently upbeat, and basically we are ensuring they’ll have a bright future ahead of them, but they’re the ones doing all the work.”