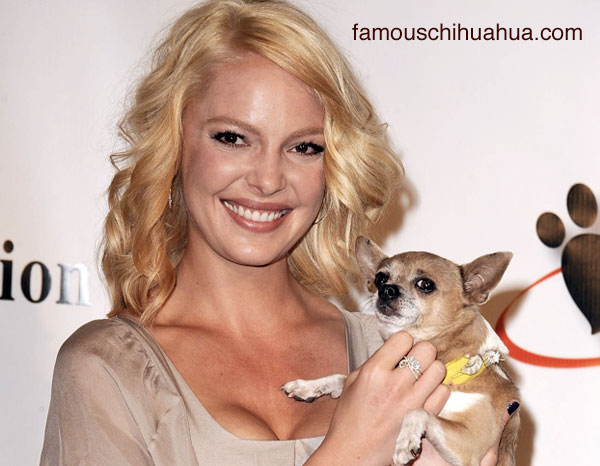 famous chihuahua once again would like to commend actress katherine heigle for her applaudable efforts to save chihuahuas. the last time we reported on her chihuahua rescue efforts, heigl’s rescue foundation saved the lives of 25 chihuahuas.

the jason debus heigl pet rescue organization was founded in honor of katherine’s late brother who was killed in a car accident and is run by her and her mother. heigle covers the expenses of flying chihuahuas to different parts of the country where people who want to adopt are located.

the chihuahuas involved in heigle’s recent chihuahua rescue are still in need of permanent homes. so if you love chihuahua’s, live in the massachusetts area and would like to adopt a chihuahua over going to a chihuahua breeder, contact salem’s northeast animal shelter. 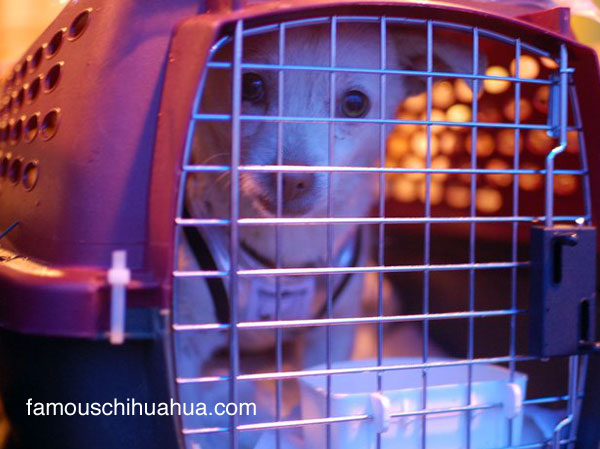 katherine heigl helping to keep chihuahuas out of fashion

a pack of Beverly Hills chihuahuas, many bought as fashion accessories by Left Coast Paris Hilton-wannabes, arrived in Salem over the weekend, where animal-loving actress Katherine Heigl hopes they will be adopted by pet owners who won’t put them in pocketbooks!

“There are a lot of chihuahuas in movies and TV, and people see them and think they may be cute, that they’re accessories,’’ Northeast Animal Shelter adoption counselor and communications director Stephen Oakes told the Track. “And then they realize it takes time and commitment to take care of a dog.”

Oakes said West Coast shelters are full of chihuahuas “and a lot of them get put down.”

Enter Heigl’s rescue charity, the Jason Debus Heigl Foundation. The former “Grey’s Anatomy” star started the foundation in honor of her animal-loving brother, who died in a car accident at age 15.

“Katherine Heigl’s foundation pays for a lot of the dogs to be pulled out of shelters and sent here,” Oakes said. “We have demand and they have the supply.”

“There’s so many out there in the West but they’re kind of rare up here,” he said. “There are people here who would like to adopt them.”